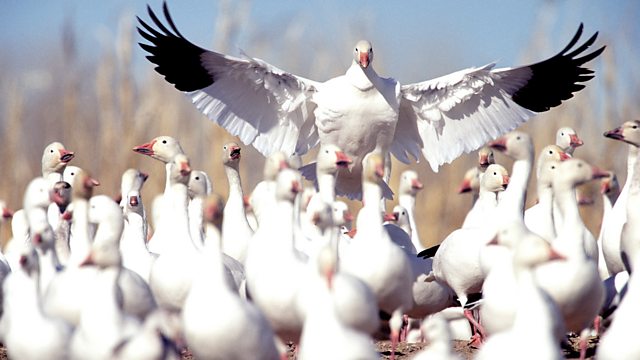 Miranda Krestovnikoff presents the snow goose found breeding across Canada and Alaska. Although most snow geese are all-white with black wing-tips, some known as blue geese are blue-ish grey with white heads. Snow geese breed in the tundra region with goslings hatching at a time to make the most of rich supply of insect larvae and berries in the short Arctic summer. As autumn approaches though, the geese depart and head south before temperatures plummet, and the tundra becomes sealed by snow and ice. As they head for areas rich in grain and nutritious roots hundreds of thousands of snow geese fill the sky with their urgent clamour providing one of the greatest wildfowl spectacles in the world.