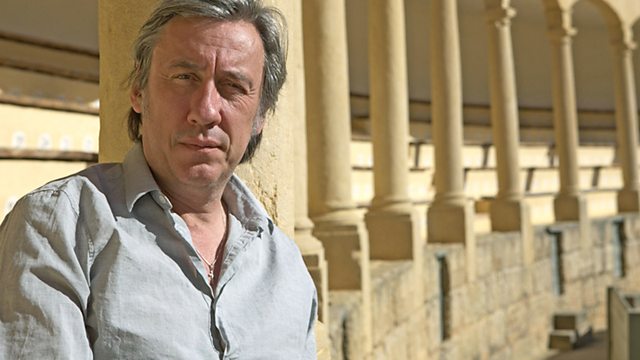 British Art at War: Bomberg, Sickert and Nash
Episode 2 of 3

Andrew Graham-Dixon tells the story of artist Walter Sickert, who understood that the theatre of war was not confined to the trenches.

Walter Sickert's early career as an actor is long forgotten and he's now remembered for his art. But he never left the stage behind. Always shape-shifting between roles, Sickert's appearance never stayed still. And his art, too, was in perpetual transformation. Dazzlingly original, deeply unsettling, poised on the brink of violence. For most, proof that Sickert is the godfather of modern British art, but for a few at the fringes, evidence he's Jack the Ripper.

But Sickert was no perpetrator, just an unflinching witness, notably, to the cataclysm of World War One. Too old to fight in Flanders, Sickert painted edgy, compelling, subtle pictures of those who'd been left behind. He painted people trying to get on with lives that were being shattered by the conflict. Almost alone of his generation, Sickert truly understood that the theatre of war was not confined to the trenches.

Paul Nash: The Ghosts of War