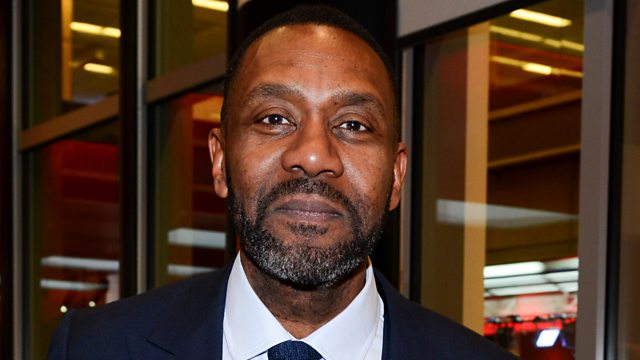 In a discussion held in front of an audience at Birmingham Rep, actor and comedian Lenny Henry talks to Matthew Sweet about his career and campaign for minority representation.

Rudy's Rare Records stars Lenny Henry as the son who works alongside his father in a record shop. The Radio 4 comedy has been adapted for stage and is being performed with live music at Birmingham Rep and the Hackney Empire.

In a conversation recorded in front of an audience at The Studio at Birmingham Rep, Lenny Henry talks to Matthew Sweet about performing on radio, stage and screen and his campaign for better Black, Asian and minority ethnic (BAME) representation.

You can download this programme by searching in the Arts and Ideas podcasts for the broadcast date.

Martin Amis in Conversation at the BBC Proms

Rudy's Rare Records will be at The Rep in Birmingham from 4 September to 20 September 2014.

It then transfers to Hackney Empire in London where it will be running from 24 September to 5 October 2014.