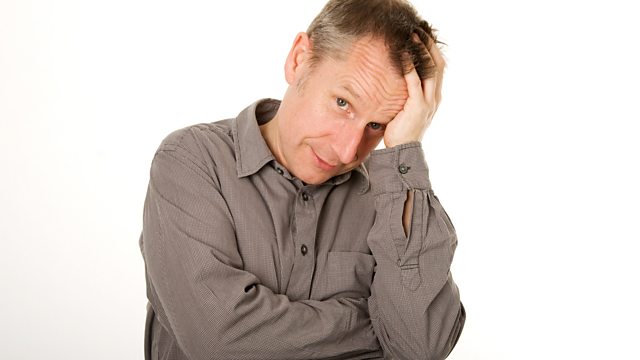 How to Eat Food

Jeremy picks up the topic of food with the chopsticks of enquiry and then drops it on his trousers. With Vicki Pepperdine. From 2014.

Setting out to explain one of our most fundamental acts as human beings, Jeremy Hardy picks up the topic of food with the chopsticks of enquiry and then drops it on his trousers of former cleanliness.

Helping him tackle the subject will be special guests Vicki Pepperdine and Paul Bassett Davies.

The comedian engages in a free and frank exchange of his entrenched views. Passionate, polemical, erudite and unable to sing, Jeremy returns with another series.

Few can forget where they were twenty years ago when they first heard "Jeremy Hardy Speaks To The Nation". The show was an immediate smash-hit success, causing pubs to empty on a Saturday night, which was particularly astonishing since the show went out on Thursdays. The Light Entertainment department was besieged, questions were asked in the House and Jeremy Hardy himself became known as the man responsible for the funniest show on radio since Money Box Live with Paul Lewis.

Since that fateful first series, Jeremy went on to win Sony Awards, Writers Guild nominations and a Nobel Prize for Chemistry. He was a much-loved regular on both The News Quiz and I'm Sorry I Haven't A Clue.

A Pozzitive production for BBC Radio 4 first broadcast in September 2014.

How to Define Oneself in Terms of Regional, Cultural and Geopolitical Identity Without Tears—Series 10

See all episodes from Jeremy Hardy Speaks to the Nation