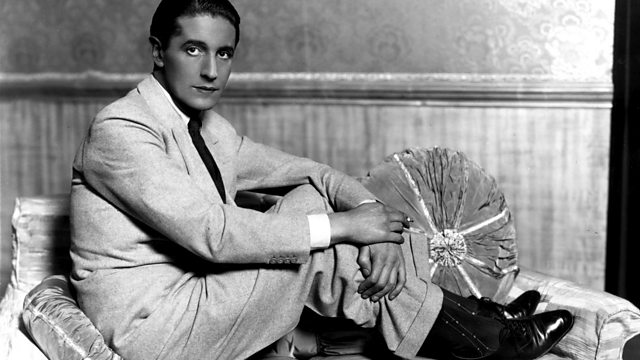 As a taster to Russell Davis's documentary next month Friday Night is Music Night presents a special concert featuring the songs of David Ivor Davies - or as we know him Ivor Novello. Although his shows are rarely staged today his music is a popular staple diet of Radio 2's Friday night show.

Actor, playwright, composer, songwriter , and dubbed one of the most handsome men in British Theatre , Ivor Novello was born in Cardiff in 1893. His father was a tax collector and his mother a distinguished soprano and music teacher - Clara Novello Davies.

He gained his first major success with a popular song written 100 years ago at the start of the First World War - Keep the Home Fires Burning. Numerous hit shows followed in which he took the leading role.

He died suddenly in 1951 in his flat above the Strand Theatre in London. 7000 mourners lined the streets at his funeral.

The BBC Concert Orchestra is conducted by Richard Balcombe with singers Wynne Evans, Sarah Fox, Charlotte Baptie and Lucy Williamson. The show is broadcast live from the Mermaid Theatre in London.