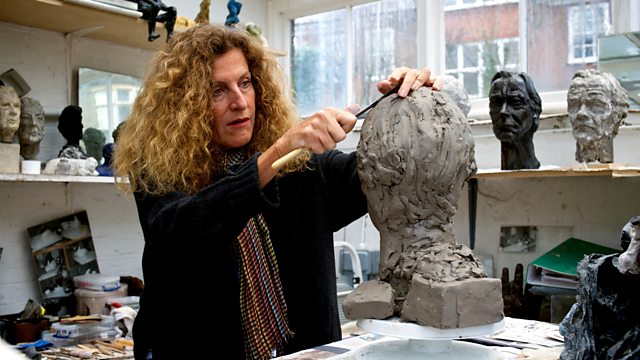 Nicole Farhi on why she's moved from fashion to sculpture; the new film 'Obvious Child' has been described as an 'abortion rom com' -how has the portrayal of unwanted pregnancies on the big screen changed over the decades? We discuss how and why the 16th century fashion police crusaded against flamboyance and consider who has taken over the style patrol today. Why Flaubert's classic Madame Bovary still resonates today. And we look at whether young people need to talk more openly about pleasure and consent when it comes to sex acts.

Nicole Farhi - best known for her eponymous fashion line - has left all that behind and turned to sculpture. Her first exhibition, showing 12 busts of famous people, opens this week.  She joins Jane to explain why she’s moved on from fashion to art, how the two compare, and if she misses London Fashion Week.

Fashion can sometimes cause outrage. Remember Lady Gaga’s meat dress? Or Bjork’s swan costume? They caused quite a stir, but had the stars worn these outfits in the 16th Century they could have been fined for ‘immoral’ behaviour by the ‘fashion police.’ Academic Giulia Galastro tells Jane about the historic Sumptuary Law Lords crusading against flamboyance, and fashion historian Amber Jane Butchart looks at who has taken over the style patrol today.

A new genre of film is here: the “abortion rom com.” While Hollywood has often been criticised for skirting round the idea of abortion, the new film Obvious Child has been praised for treating it as something ‘ordinary’. Can you really have a comedy about abortion? How much has the portrayal of unwanted pregnancies on the big screen changed over the decades?  Fran Bigman, who recently finished a PhD on the portrayal of abortion in film and literature, talks Jane through the history of abortion in movies.

Madame Bovary, published in 1857, tells the story of Emma - a silly, greedy, and unsatisfied young wife trapped by the conventions of French bourgeois society. She longs for self-assertion and escape, but is eventually destroyed by her daydreams. It’s not a nice story, but is one of the greatest novels of all time. Dr Stephen Goddard is a lecturer in French at Oxford University and he joins Jane to discuss why Flaubert’s brilliantly observed tragedy still resonates today.

Talking About & Consenting To Sex Acts