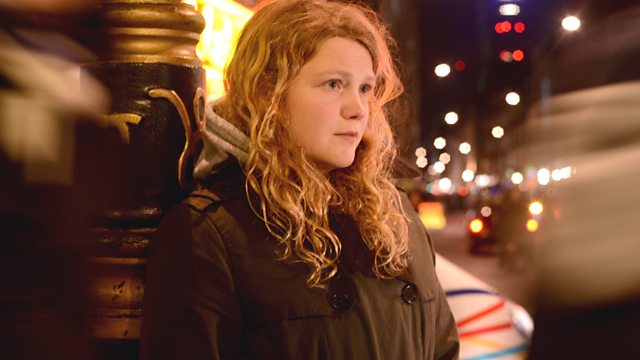 Clive sees a Clown in the Moon with musician and broadcaster Cerys Matthews, who has a successful music career, her own 6 Music show and is now the curator of 'The Goodlife Fesitval'. Cerys has also contributed to 'Dylan Thomas: a Centenary Celebration'; a collection of specially commissioned essays celebrating the poet's life and work, and exploring his lasting legacy.

Nikki Bedi gets down with poet and rapper Kate Tempest. At 16, Kate rapped at strangers on night buses and pestered MCs to let her on the mic at raves. She's written poems for Amnesty International, The Royal Shakespeare company and won last year's Ted Hughes Award for her work 'Brand New Ancients'. Kate talks to Nikki about her new book of poetry 'Hold Your Own' and performs 'The Beigeness' and 'The Truth' from her album 'Everybody Down'.

Actor Edward Petherbridge has had a distinguished stage and screen career spanning over 50 years. While rehearsing for the role of King Lear 7 years ago, Edward suffered a major stroke. He tells Clive about how, at this time he discovered that the entire role of Lear still existed word for word in his mind. His show 'My Perfect Mind', is a celebration of the resilience of the human spirit through the prism of Shakespeare's great tragedy.

Irish actress, comedian and writer Aisling Bea is one of the country's fastest rising comic talents. As a stand-up, she won the prestigious So You Think You're Funny? Award in Edinburgh, 2012 making her the second woman ever to win it and the first to do so in 20 years. Aisling talks to Clive about starring in the likes of 'Dead Boss', 'Cardinal Burns' and Radio 4's 'Mick's and Legends'

‘Dylan Thomas: A Centenary Celebration’ is published by Bloomsbury and available now.

‘Everybody Down’ is available now on Big Dada.

‘Hold Your Own’ is published by Picador on 9th October.

‘My Perfect Mind’ is at Young Vic, London until Thursday 25th  September, then touring from Monday 29th September to Saturday 15th November.