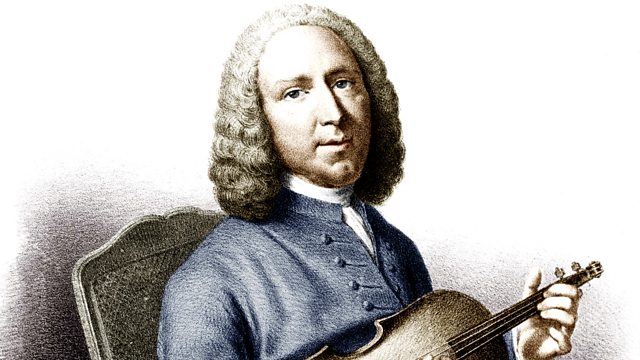 Donald Macleod marks the 250th anniversary of one of the greatest figures in French musical history, composer and theorist Jean-Philippe Rameau.

Controversy was never too far away from Jean-Philippe Rameau. He lived a long life, amid the lively cultural and aesthetic debates that erupted in France after music was freed from Jean-Baptiste Lully's artistic monopoly. An octogenarian at his death in 1764, Rameau was by then a prosperous and successful opera composer. However, unlike his contemporaries, Bach, Handel and Scarlatti, Rameau was something of a late starter. Born in Dijon, he spent the first part of his life in the provinces, working in relative obscurity. He didn't make his name until the age of 50, at which point he conquered the stage in Paris with his first opera. What followed was a remarkable burst of creativity, amounting to about a hundred works, in addition to a regular and prolific publication of original theoretical writing.

In the first part of this week's series Donald looks at the impact of Rameau's breakthrough work, the opera Hippolyte et Aricie. Joined by Rameau expert, Professor Graham Sadler, he explores the reasons why this seemingly innocuous adaptation of Racine created such a hornet's nest of conflicting opinion, dividing audiences into two camps, the "Lullistes" and the "Ramistes".