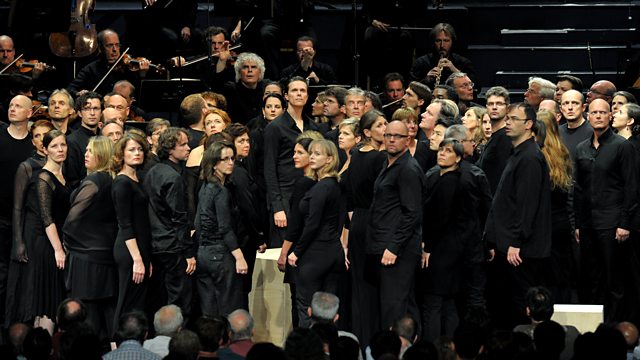 The Berlin Philharmonic and Simon Rattle live at the BBC Proms in an innovative staging of Bach's St Matthew Passion, with soloists including Mark Padmore and Christian Gerhaher.

In the second of their two Proms this season, Sir Simon Rattle conducts his Berlin Philharmonic in Peter Sellars's innovative staging of Bach's St Matthew Passion. While the dramatic St John Passion (heard earlier this season) focusses on the action, the St Matthew is altogether more contemplative - confronting suffering and torture as well as salvation and redemption in some of Bach's most moving music.

A starry line-up of soloists is led by Mark Padmore's Evangelist and German baritone Christian Gerhaher singing the words of Christ.