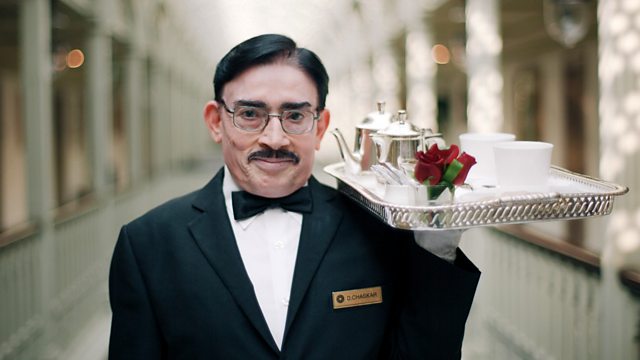 Documentary series going behind the scenes of India's oldest and most famous hotel. Featuring a look at the luxurious Tata suite, a meeting with long-term residents and more.

Documentary series going behind the scenes of India's oldest and most famous hotel, the Taj Mahal Palace Hotel. The Taj is where the super-rich come to be treated like the maharajahs of India's past and where rooms can cost up to £9,000 per night, all in a city where half of the population still lives below the poverty line. Over six months, the film-makers follow the hotel's 1,500 strong staff as they perform their duties with the mantra 'Guest is God' in mind.

In this film, meet general manager Gaurav and executive housekeeper Indrani, who spend their days making check after check on the VIP visits to the hotel's luxurious Tata Suite, Maria Mooers, one of the hotel's long-term residents, who spends half of each year living in the Taj, oil trader Captain Bhasin, who hosts a cocktail party in his suite, served by his English-style butler, Melville, and Mr Chaskar, who has been in charge of the hotel's minibar service for over 40 years.