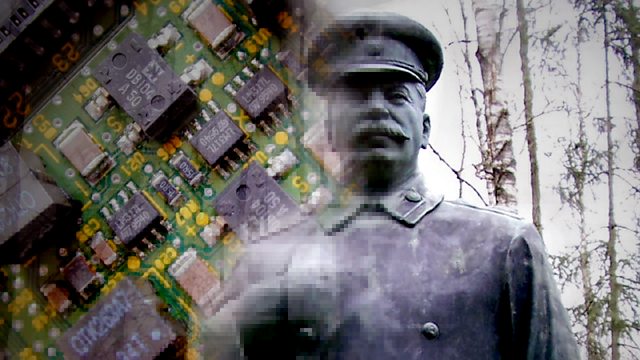 For Joseph Stalin, privacy was everything. But now, over 400,000 pages of his private papers have gone online. Journalist Daniel Kalder uncovers new sides to this notorious leader.

For Stalin, privacy was key. So how would he feel about his secrets being revealed?

The Stalin Digital Archive is the result of a collaboration between the Russian State Archive of Social and Political History (RGASPI) and Yale University Press. As it approaches completion, the implications of this decade-long endeavour are explored by journalist and author Daniel Kalder.

Encompassing the years 1890 through to 1952, over 400,000 pages of archive prise open a safe full of Soviet secrets. There's Stalin's foreign policy with Germany before World War II; communications during the Great Purges and relations with Western intellectuals and leaders. There are classified documents regarding deposed police chiefs, the 'Interior Ministry of the Russian Empire' and, latterly, the FBI. Pieced together, this puzzle of papers underlines the suspicion and paranoia that dominated this era.

Daniel Kalder believes that the collection has provided us with important new ways to 'read' Stalin. We discover:

Stalin as artist: he loved to draw wolves' heads all over his notes while he was sitting in tedious meetings. That was the only thing he drew - wolves, wolves, wolves. A holdover from his years spent in exile in Siberia, surrounded by wolves?

Stalin as modest: he hacked out references to himself in the works he edited. A revelatory and previously unknown quality, this completely inverts our understanding of Stalin

Stalin as smart: he added lots to Marxist theory, and yet, according to Trotsky, his limited mental capacity wasn't up to such a task

With the click of a mouse, we gain access to one of the most guarded and secretive periods in Russia's modern history.