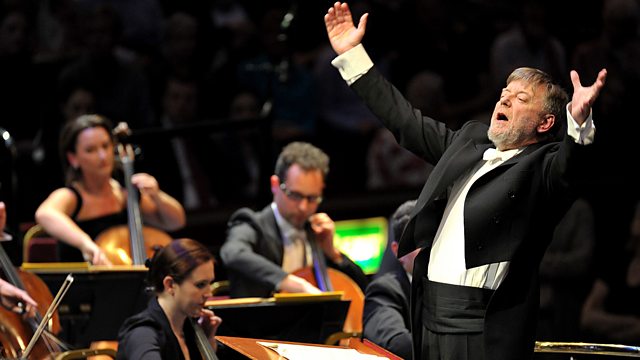 The Melbourne Symphony Orchestra and Sir Andrew Davis recorded earlier this month at the BBC Proms.

Presented by Suzy Klein at the Royal Albert Hall, London

The Melbourne Symphony Orchestra makes its Proms debut under its Chief Conductor Sir Andrew Davis. Passion and despair, love and death, all feature in a programme that roams from the dark fantasy of Berlioz's Symphonie fantastique to the soaring ecstasy of Strauss's Don Juan, while Elgar's Cello Concerto adds more delicate shades of melancholy and yearning.

This season's showcase of global orchestras continues with the Proms debut of the Melbourne Symphony Orchestra, under its new Chief Conductor, Sir Andrew Davis. Together they explore the musical extremes of passion, despair, love and death. Perhaps the most powerful artistic expression of unrequited love, Berlioz's Symphonie fantastique is a dark, vivid fantasy inspired by the woman who would eventually become his wife.
Strauss too had just married when he composed the soaring love theme of Don Juan. Elgar's last major work, the Cello Concerto, traces more questioning shades of emotion. There's a beautiful melancholy and tentative yearning to this work, coloured by the First World War: an elegy by any other name.