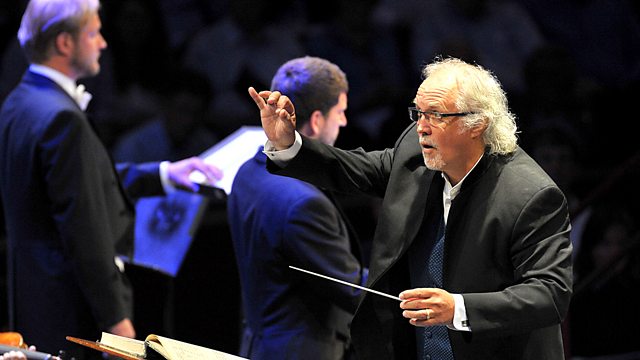 In Richard Strauss's 150th-anniversary year the Proms presents a double bill of his two great tragedies. On consecutive nights his heroines Salome and Elektra meet their bloody ends in the Royal Albert Hall. Tonight, Donald Runnicles brings his Deutsche Oper Berlin forces to the Proms for Salome. Star soprano Nina Stemme leads the cast as the troubled princess.

After seeing Oscar Wilde's play Salomé, Richard Strauss was overcome with the feeling that it "cried out for music."

Wilde wrote his drama on "the sinfulness of innocence" in French and Strauss used a German translation by Hedwig Lachmann as his libretto. First performed in Dresden in December 1905, Salome gave Richard Strauss his first international opera success.

The story is one that takes passion to its extreme and beyond. Salome is the sultry princess of ancient Judea. Her stepfather, Herod, has promised Salome half of his kingdom in exchange for a sensual dance. In return, she asks that he gives her the head of John the Baptist on a silver platter...

In the title role, for which Strauss famously wished for a 16-year-old princess with the voice of an Isolde, is one of the world's leading dramatic sopranos, Nina Stemme.