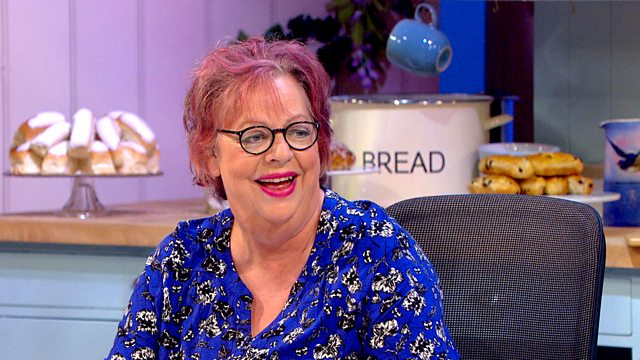 The Great British Bake Off: An Extra Slice Series 1
Episode 3 of 10

Jo Brand is joined by three celebrity Great British Bake Off fans to take a look at the week's episode, with chat, unseen footage and an interview with the eliminated baker.

Jo Brand is joined by celebrity Bake Off fans Richard Coles, Rosemary Shrager and Julian Clary. Jo shines a spotlight on the good, the bad and the soggy-bottomed from the week's episode with chat, unseen footage from the BBC One show and an interview with the week's eliminated baker.

It's bread week in the tent, which means it is bread week in the An Extra Slice studio, where the studio audience are challenged to bring in home-baked bread and viewers are invited to share photos of their efforts too - the good, the bad and the downright disastrous.

Jo and her panel of Bake Off fans discuss the ten bakers and the bread they have baked. What do the panel think of the bakers' rye rolls? How did they fare with technical challenge number three - ciabatta? And whose filled centrepiece loaf stood out?

Plus, another weekly serving of 'exclusive' footage from the tent.

See all episodes from The Great British Bake Off: An Extra Slice

Bake Off from the beginning 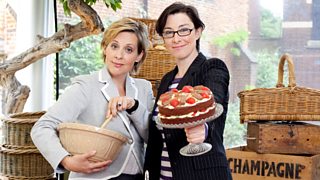 Can you remember some of Bake Off's most iconic moments from five glorious series?

Bake Off from the start

Turn back the timer and test yourself on some of GBBO's most memorable moments!