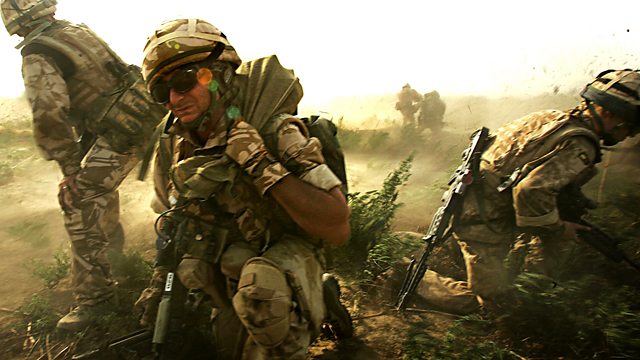 Marking the end of the British campaign in Helmand, this documentary tells the story of the Afghanistan war through the words and pictures of the soldiers who fought it.

Marking the end of the British campaign in Helmand, this documentary tells the story of the Afghanistan war through the words and pictures of the soldiers who fought it.

The 13-year campaign has been documented like no other conflict, by young soldiers who took video cameras into battle, recording the war as only they could see it. The Ministry of Defence and the soldiers have allowed BBC filmmakers to use this remarkable footage to tell the real story of this modern war.

The soldiers' individual stories are gripping and often deeply moving - from the intimate account of a platoon sergeant who lost one of his men just two weeks into their tour and the terrifying moment a British Apache helicopter fired on its own men with devastating consequences for one 18-year-old paratrooper, to the eye-opening testimony of a surgeon working in Bastion field hospital at the height of the IED threat and the dramatic scenes when a war-weary sergeant leads his men into a surprise attack on one of the Taliban's largest bomb-making factories.

The soldiers, some of them a decade older than when they first went to fight, some still barely out of their teens, recall their extraordinary experiences in intimate first-hand testimonies. As well as recounting their personal stories of war, they chart the bigger picture of how this small mission escalated into a prolonged stand-off with a determined and capable enemy.

The film catches up with the soldiers today in bittersweet moments of reflection - many have left the army, often for medical reasons, and all of their lives are dominated by the legacy of this long and brutal war.

See all clips from Goodbye Afghanistan (4)