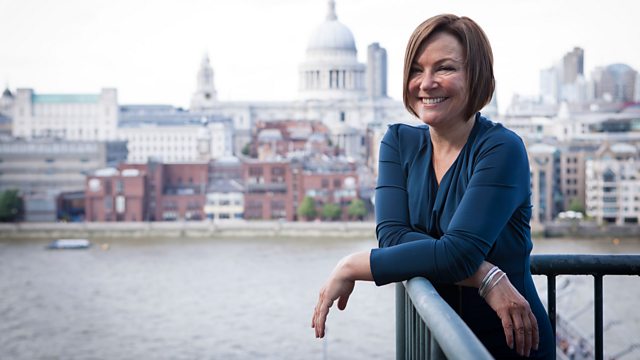 Voices from the Old Bailey Series 3
Episode 3 of 4

Amanda Vickery explores consumer revolution and the brand new crime that it spawned, which only entered the statute books in 1699.

The Old Bailey opens up the whole of 18th century society to us - rich and poor passed through London's great criminal court - and so thousands of court transcripts give us a record of voices which have otherwise left no trace. Historians treasure these criminal records, not just for the way they preserve individual voices but because collectively they tell the story of massive social change.

This programme explores consumer revolution and a brand-new crime it spawned - shoplifting. It's a crime that only entered the statute books in 1699 - and it could be punished by execution.

Shoplifting was a brand new offence, seen to be fuelled by a new kind of greed - because in the 18th century, shops were themselves new. They sprang up all across the fashionable districts of London, replacing markets and hawkers, then spread across the south and by the late 18th century every small town in the North - even villages - would have its own shop.

On location in an 18th century shop, Lock's Hat Shop in St James's, Professor Vickery listens to shop-lifting cases from the Old Bailey. Beginning with simple smash-and-grab theft, and ending with an elaborate fraud - the theft of hundreds of thousands of pounds worth of diamond jewellery.

Produced by Elizabeth Burke
A Loftus production for BBC Radio 4.

See all episodes from Voices from the Old Bailey

Getting started on the Old Bailey Site

You can find details of all these cases on the website Old Bailey Online. The site includes a video tutorial with search tips and further advice to help you navigate this rich source of archive.

Case 1: A hat is stuffed under someone’s petticoats

Case 1: A hat is stuffed under someone’s petticoats

Case 2: The hatter’s own hat is stolen

Case 2: The hatter’s own hat is stolen

Elizabeth Glascow, spinster, was indicted for stealing one pair of laced ruffles.

Case 4: The modus operandi of two women working together are revealed

Mary Hudon and  Hannah Hobbs were indicted for  feloniously stealing, on the 11th of August last, four muslin handkerchiefs.

Amanda reviews for The Guardian, The Times Literary Supplement, and BBC Radio 4's Saturday Review, Front Row and Woman’s Hour. Her TV series At Home with the Georgians aired on BBC2 in December 2010. She was a judge of the 2011 BBC Samuel Johnson Prize.

London Lives is the sister site to Old Bailey Online. It makes available, in a fully digitised and searchable form, a wide range of primary sources about eighteenth-century London, many of which concern the same individuals who appeared at the Old Bailey.

The site includes over 240,000 manuscript and printed pages and over 3.35 million names.