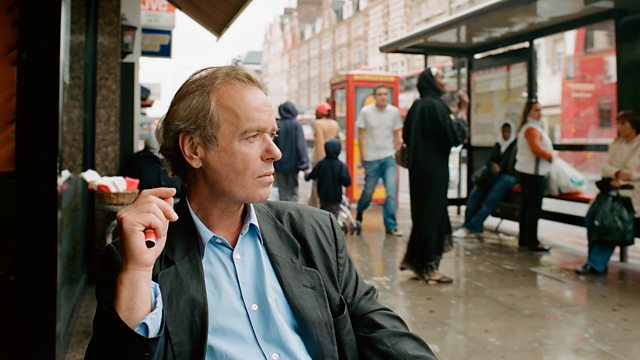 Author Martin Amis discusses his new novel The Zone of Interest, in which he revisits the Holocaust for the first time since his controversial book Time's Arrow.

Novelist and essayist Martin Amis discusses 'The Zone of Interest', his 14th novel, in which he revisits the Holocaust for the first time since his controversial book, 'Time's Arrow'. He'll be talking to Philip Dodd about his use of language in writing about the death camps, a writer's relationship with his characters, why he wanted to explore how what one of his characters describes as 'a sleepy country of poets and dreamers, the most highly educated nation the earth has ever seen' yielded to 'such wild, such fantastic disgrace' and why novelists of his generation seem to be drawn to write about the Second World War.

Recorded in front of an audience at the Royal College of Music.

Philip Larkin and The Whitsun Weddings—2014, Proms Plus Literary