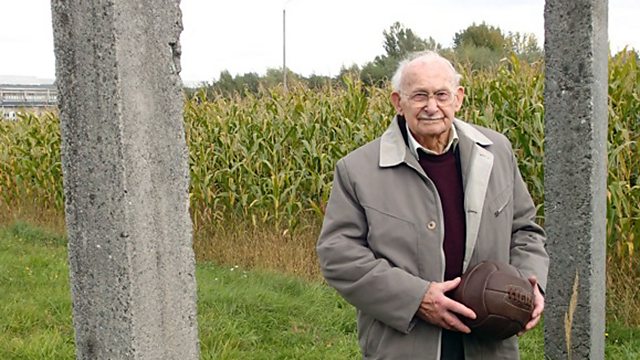 From Auschwitz with Love

Recounting Welshman Ron Jones's wartime experience as a prisoner of war in Auschwitz, and how his love for his childhood sweetheart Gwladys kept him going.

A real-life love story set against the backdrop of one of history's darkest chapters. Welshman Ron Jones takes an emotional journey back to Auschwitz, where he was held as a British prisoner of war. Now almost 100 years old, Ron shares his wartime experiences with presenter Joe Crowley.

He talks about his friendship with a Jewish man called Joseph, and his horror when he discovered that he'd been killed in the notorious gas chambers. And he remembers the regular home nations' football matches that took place alongside the Auschwitz prison camp.

Even though the war had ripped them apart, it was the love of his childhood sweetheart Gwladys that kept Ron going. He wrote regular letters home to tell her how he longed to be back in her arms. Gwladys kept the letters in an old chocolate box. Reading them now, they tell a remarkable story of the couple's enduring love for each other as Europe descended into chaos.