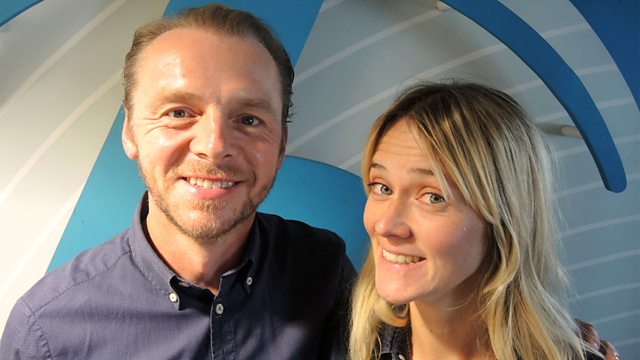 Simon Pegg chats to Edith Bowman about the music that has inspired him and has featured in his TV and film work.

Writer and actor Simon Pegg reflects upon the music that has inspired him and featured in his work.

Simon is best known for having co-written and starred in the Three Flavours Cornetto trilogy of films, consisting of Shaun of the Dead, Hot Fuzz, and The World's End, and the comedy series Spaced, all of which were directed by his friend Edgar Wright. He joins Edith on the release of his latest film, Hector And The Search For Happiness.

See all clips from With Simon Pegg (2)