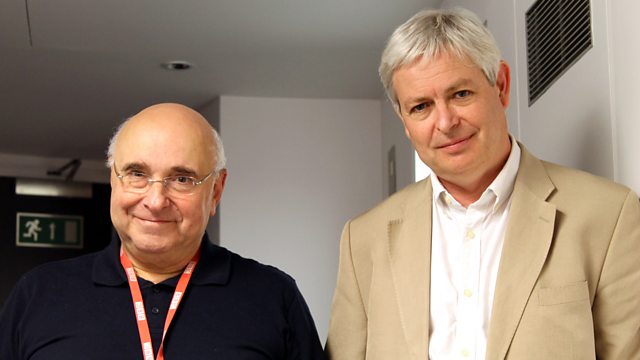 Rob's guest this week is the author Jonathan Coe. Also, at 9:30, our daily brainteaser: Only Connect.

9am
A selection of music, including the Essential CD of the Week: Telemann - Paris Quartets, Bartold/Sigiswald/Wielan Kuijken, Gustav Leonhardt, SONY. We also have our daily brainteaser at 9.30.

10am
Proms Artist of the Week: Truls Mork.

10:30
Rob's guest this week is the author Jonathan Coe, whose novel What a Carve Up! won the John Llewellyn Rhys Prize. It was followed by The House of Sleep, which won the Writers' Guild of Great Britain Best Novel award. What a Carve Up! and a later novel, The Rotters' Club, were adapted as drama serials for BBC Radio 4. He has also written a biography of the experimental British novelist BS Johnson, Like a Fiery Elephant, which won the Samuel Johnson Prize.

Music is a constant thread in Jonathan's oeuvre, and he is a lifelong fan of Canterbury progressive rock. He made a record, 9th & 13th, a collection of readings of his work, set to music by Jazz pianist/double bass player Danny Manners and Indie pop artist Louis Philippe.

Jonathan has been a jury member at the Venice and Edinburgh Film Festivals, as well as a judge for the Man Booker Prize.

The pieces all contained words from the NATO phonetic alphabet, more accurately known as the International Radiotelephony Spelling Alphabet: F-Foxtrot, P-Papa and J-Juliet