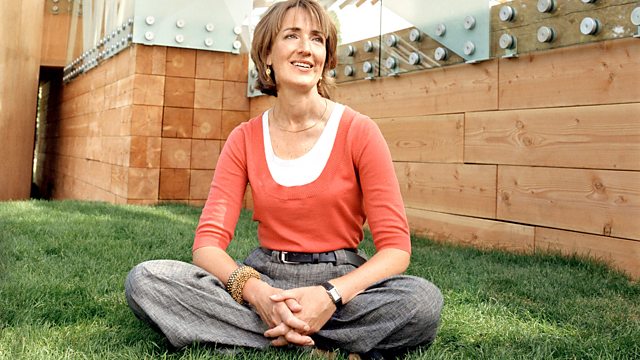 Taking the Edge Off

Sixty years on from The Doors of Perception, Francine Stock reviews Aldous Huxley's experiments with mescaline and asks why evolution has failed to select out our need for escape.

Sixty years after the publication of The Doors of Perception, Francine Stock reviews Aldous Huxley's experiments with mescaline and asks why evolution has failed to select out our need for escape.

Since earliest times we have contrived ways to alter our natural conscious state by trance or stupor or frenzy. Francine Stock asks whether the settings are just 'off' in human consciousness and explores what could be lacking in our brains, that life sometimes seems unbearable without the 'edge' taken off.

With Huxley's biographer, Nicholas Murray, she discovers the author's association with the 1960s counterculture was not one he sought. Sixty years on from the afternoon in Los Angeles when he took mescaline, later described in The Doors of Perception (1954), neuroscience has advanced. Huxley's father, Thomas Henry known as 'Darwin's bulldog' was the biologist who popularised Darwin's theories. Huxley reckoned mind-expanding substances were needed to free ourselves from the limitations of our nervous system since our capacity for perception of anything beyond the strictly utilitarian had atrophied as we evolved. Drugs and other hallucinogens provided the portals to a mystic experience.

There is, however, the alternative possibility that our enduring craving for various kinds of artificial stimulus and escape is an attempt to correct and/or enhance our neural responses.

Francine explores the evolutionary possibilities associated with our use of mind-altering substances in the company of psychologist and neuroscientist Professor Marc Lewis, ethnobotanist and environmental anthropologist Dr Miguel Alexiades, and psychiatrist Dr Tammy Saah. Neuroscientist Dr Valerie Voon shows her what can be seen in brain activity when substances are consumed, and she discusses society's changing acceptance of different substances - from opium in the 19th century to alcohol today - with Professor Virginia Berridge, and visits a health food store to examine the substances available for purchase.

Demons: Our changing attitudes to alcohol, tobacco, and drugs by Virginia Berridge

Memoirs of an Addicted Brain by Marc Lewis