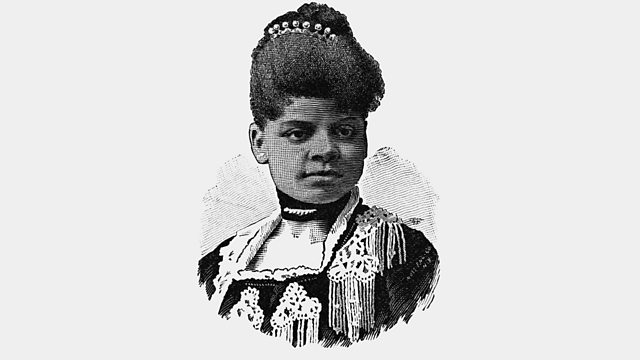 Matthew Parris leads a discussion on Ida B. Wells the African American civil rights and women's rights activist who was a political trailblazer. She is the great life chosen by Baroness Oona King.

Throughout her life, Wells was militant in her demands for equality and justice for black Americans and she encouraged the African American community to fight for positive change through their own efforts. She was an investigative journalist who highlighted the practice of lynching in the United States, showing how it was used as a way to control or punish blacks , often under the guise of trumped up rape charges. Ida was also active in women's rights and the women's suffrage movement, establishing several notable women's organizations. She was a skilled and inspiring rhetorician, and travelled internationally on lecture tours.

Jazzie B on James Brown—Series 34