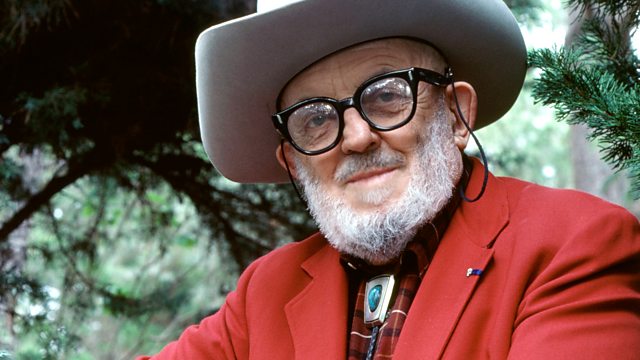 4 Extra Debut. Milers Warde explores the life of the American photographer Ansel Adams, famous for his pictures of Yosemite. From 2014.

Using extensive archive, the programme builds a compelling picture of the man responsible for some of the most expensive photographic prints in history. He is probably most famous for dramatic black and white images of Yosemite, while a 1948 print of Moonrise, Hernandez, New Mexico sold for $609,000 in 2006.

With contributions from Ansel Adams, the photographer Greg Bartley, and Hiag Akmakjian, whose recordings of Adams speaking in Carmel, California in the 1980s have never previously been heard.