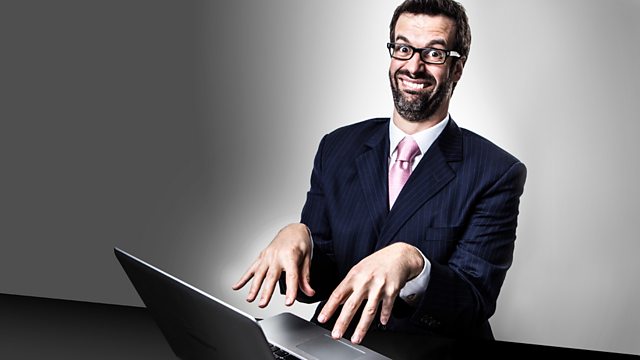 The Brig Society Series 2
Episode 3 of 6

Uh-oh - Marcus Brigstocke has been put in charge of a thing! Each week, Marcus finds he's volunteered to be in charge of a big old thing and each week he starts out by thinking "Well, it can't be that difficult, surely?" and ends up with "Oh - turns out it's utterly difficult and complicated. Who knew...?"

This week, Marcus has Broken Bad and become a drug dealer. He'll also go on a long personal journey and, along the way, he'll examine the complex inter-relationship between legalisation, culture, hypocrisy and cheese.

Helping him to cook up a storm will be Rufus Jones (W1A, Holy Flying Circus), William Andrews (Sorry I've Got No Head) and Margaret Cabourn-Smith (Miranda)

The show is produced by Marcus's long-standing accomplice David Tyler, who also produces Marcus appearances as the inimitable as Giles Wemmbley Hogg. David's other radio credits include Jeremy Hardy Speaks To The Nation, Cabin Pressure, Thanks A Lot, Milton Jones!, Kevin Eldon Will See You Now, Armando Iannucci's Charm Offensive, The Castle, The 3rd Degree, The 99p Challenge, My First Planet, Radio Active and Bigipedia.

Produced by David Tyler
A Pozzitive production for BBC Radio 4.

See all episodes from The Brig Society