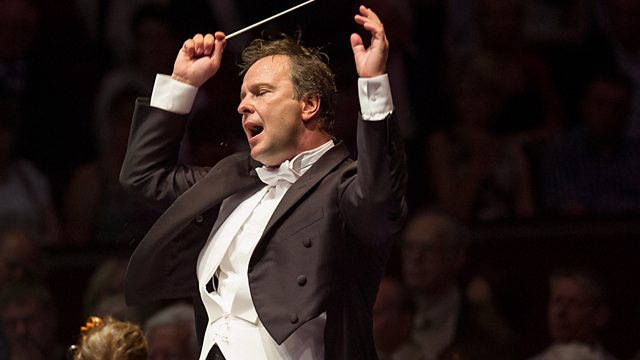 Live from the Royal Albert Hall, London, Sakari Oramo conducts the BBC Symphony Orchestra in a performance of Vaughan Williams's Job: A Masque for Dancing.

Following his thrilling performance of A Sea Symphony at last year's First Night of the Proms, Sakari Oramo - a longtime champion of English music - returns with more Vaughan Williams. Ahead of her Last Night appearance, violinist Janine Jansen joins Oramo for that quintessentially English work The Lark Ascending, its dreamy pastoralism balanced by the jaunty charm and vigour of The Wasps overture. Job continues this season's thread of great 20th-century ballet scores, while William Alwyn's rarely heard First Symphony adds to the evening's nostalgia with the endless melody of its slow movement.