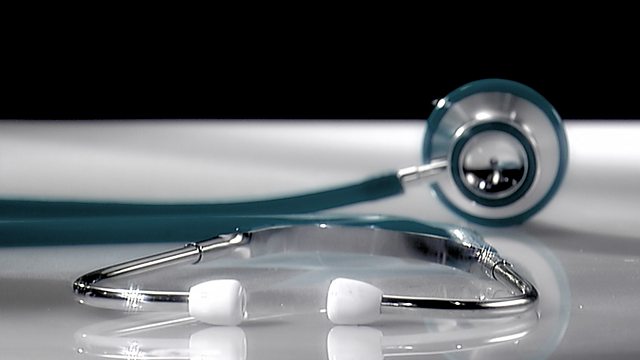 The Listeners Series 2
Episode 2 of 3

Four people whose professional lives revolve around listening reveal how they use sounds as indicators of health and quality.

Listening is about more than hearing as we discover with people who listen for a living, and have learned to interpret meaning in the sounds they hear. In this, the second of three programmes, the four listeners all listen to sounds which are indicators of health and quality. In the mid-1960's Bernie Krause became involved with early analogue synthesisers and when he and his musician friend Paul Beaver decided to make an album which incorporated natural sounds, Bernie was the one who went out on location to record natural sounds. The experience changed his life, and began to record and archive natural soundscapes. During the past 45 years he has spent listening and recording Bernie has become increasingly aware of how sound is an indicator of the health of a landscape or environment. "Of the 4,500 hours of marine and terrestrial habitats that I have recorded, 50% of those habitats come from now what I call extinct habitats ... the habitats are altogether silent or can no longer be heard in their original form". Sound is also an indicator of health when it comes to the human lungs as Dr Nabil Jarad demonstrates when he listens with a stethoscope, and simply tapping a piece of wood provides early stringed musical instrument maker, Roger Rose with the information he needs when choosing and shaping wood for an instrument "Everything about the instrument really affects the sound ...from when we start to choose the wood.." Finally, Valentin Amrhein describes what he and his colleagues have learned about the quality of an individual Nightingale by listening to their songs. It appears the nature and number of trills in a song is used by other males and females to determine the fitness and health of the singer.

See all episodes from The Listeners

Bernie Krause is a musician, writer, bioacoustician and founder of Wild Sanctuary, an organisation dedicated to the recording and archiving of natural soundscapes. Pic: Tim Chapman

Listen to the TED talk 'Bernie Krause: The Voice of the Natural World'

Valentin Amrhein is a senior lecturer at the University of Basel in Switzerland and also Director of the Research Station ‘Petite Camargue Alsacienne’ where he and his colleagues study the behaviour and song of Nightingales.

See more on the The Research Station Petite Camargue Alsacienne, founded in 1852

This programme will be available to download for free shortly after the broadcast - via the Best of Natural History Radio podcast.