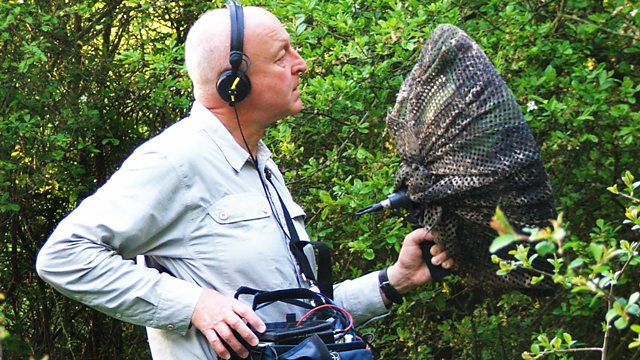 Chris Watson chooses his highlights from the previous seven days of BBC Radio.

Chris Watson's selection for Pick Of The Week includes the story of how a sycamore branch became a concert hall instrument, there's a valuable lesson in phone etiquette, and white knuckle ride around Africa chasing the top five. We also learn to listen and how to resolve a problem with your neighbours Yak and finally achieve enlightenment through forest bathing Shinrinyoku style.

Law unto Themselves (Radio 4 - 5th August)

Word of Mouth: How the Telephone Rewired Us (Radio 4 - 5th August)

Composer of the Week: Stravinsky (Radio 3 - All Week)

Chris Watson is one of the world's leading recorders of wildlife and natural phenomena.

In 1971 he was a founding member of the influential Sheffield-based experimental music group Cabaret Voltaire. His sound recording career began in 1981 when he joined Tyne Tees Television. Since then he has developed a particular and passionate interest in recording the wildlife sounds of animals, habitats and atmospheres from around the world. As a freelance recordist for film, tv & radio, Chris Watson specialises in natural history and documentary location sound together with track assembly and sound design in post production.