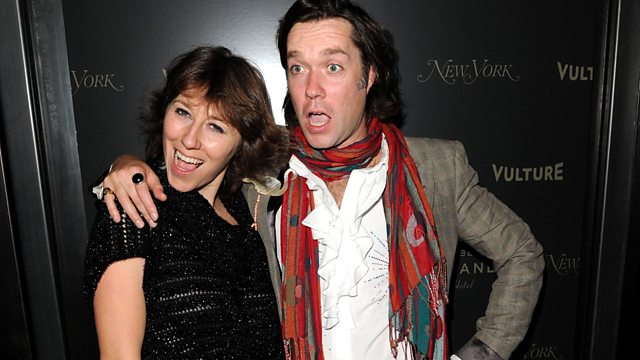 Nina Myskow talks to Rufus and Martha Wainwright about their confessional songs to find out where the song ends and the family begins.

Rufus is the Grammy-nominated creator of pop songs, described by Elton John as the greatest songwriter of our generation. Martha has carved her own quirky musical niche. Both have followed the family tradition - rejection, hurt, betrayal, all laid bare in confessional songs about each other. For all of them, the very personal is material to be translated into song.

Over the course of a month, Nina Myskov sat down with Rufus in London, with Loudon in uptown New York, and with Martha in Brooklyn - to try to understand this generational conversation expressed through song.

Love, sadness, bitterness and loss revealed to public scrutiny. How cathartic is the writing process? Were songs written out of revenge? Looking back, now that the dust has settled, do any of them regret writing such revelatory barbs about their close family?