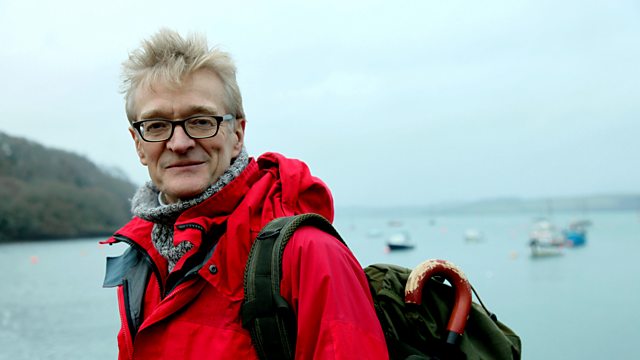 In a dramatic, storm-lashed climax to the latest series of Coast, the team explore what becomes of our coast in winter. In this secret season our shore is battered by wild weather - but teeming with life if you know where to look.

Nick Crane visits Cornwall, the storm central of Britain's rugged coastline. Nick explores the tragic events remembered as the Penlee lifeboat disaster, the worst such tragedy within the last 60 years. How did hurricane conditions claim the lives of eight lifeboat men in the week before Christmas 1981 and have such a devastating impact on the close-knit community of the tiny village of Mousehole?

But Nick also discovers that wild winter seas bring surprising benefits to this Cornish coast. How do Cornish farmers within the so-called Golden Mile use the microclimate created by relatively warm seawater and moist winds to grow cauliflowers and potatoes in frost-free conditions? And how do they manage to do so throughout the winter months?

Neil Oliver experiences the extraordinary Viking Fire Festival on Shetland. Every January the islands throw one of the greatest outdoor parties in Europe, when massed ranks of Viking warriors parade, braving wild weather to carry flaming torches through streets thronging with visitors from around the world. Neil Oliver gains behind-the-scenes access to investigate the proud Viking heritage of Shetland - but is their spectacular winter ritual of burning a Viking longship as authentic as it appears?

Far into the Atlantic on the edge of the wild western isles of Scotland a feral flock of sheep, untouched for thousands of years, battle to the death as winter approaches. On the isles of St Kilda Andy Torbet throws himself into the fray as the rams fight to breed with the ewes.

See all clips from Winter (4)