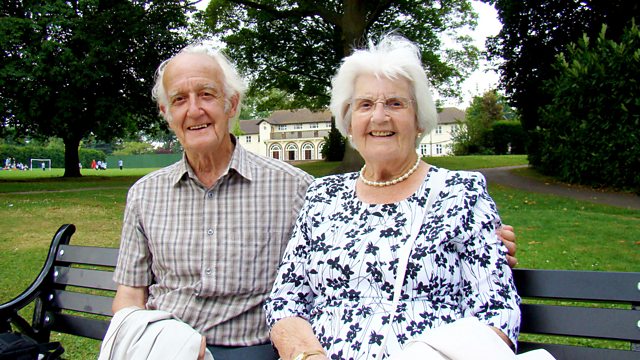 George Cadbury created Bournville to give the people of Birmingham a better quality of life in the Industrial Revolution. Felicity Evans explores how that still plays out today.

As the Cadbury family sought to expand their growing chocolate business in the late 19th century they also developed their vision for a better quality of life for the people of Birmingham. Buying 300 acres of land they created a model village they called Bournville, helping people escape the slums to good quality housing with gardens and fruit trees, green open spaces, churches and sports facilities.

Today the Trust that runs the estate has expanded it to a thousand acres and residents often speak of being able to smell the chocolate from the factory. Felicity Evans visits the South Birmingham town to see how George Cadbury's work and ethos continues today. She visits some of the first houses built and talks to lifelong residents and former Cadbury workers about what made the area special. She visits Rowheath Pavilion, 90 years after its creation, to hear how it still hosts sports teams and community events but also looks out for those in need of support.

She also ascends the village's carillon tower, built by George after an inspiring trip to Belgium. The 4-octave, 48 bell instrument is still played each Saturday. Carilloneur Trevor Workman explains how it's one of only a handful in the UK and gives a demonstration of how it should be played - with gusto!

But modern residents of Bournville aren't the only ones to benefit. The new village of Lightmoor is being developed near Telford to establish the same community benefits George envisioned. But can community still be formed in the modern day and without the original chocolate factory.

Presented by Felicity Evans
Produced in Bristol by Anne-Marie Bullock.