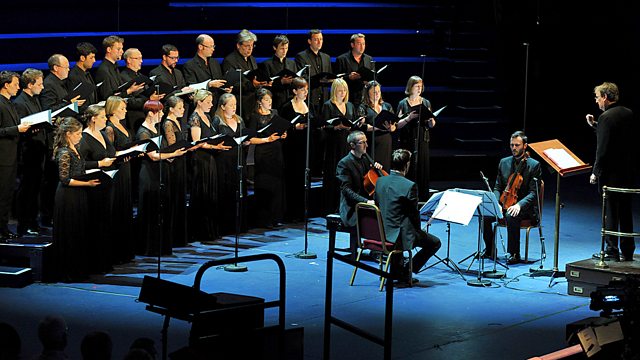 Tallis Scholars under Peter Phillips in music composed for them by the late John Tavener: Ikon of Light and Requiem Fragments. With Carolyn Sampson (soprano) and the Heath Quartet.

An avowedly spiritual composer who caught the public admiration in this secular age, John Tavener's was a compositional voice unlike any other and the increasingly wide-ranging spirituality of his music - which, in his later years, embraced Islam and Hinduism as well Christianity - is reflected in this concert. Long-time collaborators the Tallis Scholars perform two works composed for them - 'Ikon of Light', completed in the 1980s, and 'Requiem Fragments' which is one of the final works Tavener completed before his death last year.