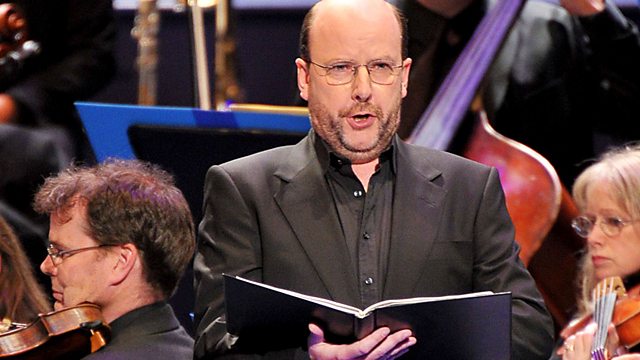 John McLeod: The Sun Dances
Beethoven: Symphony No. 4 in B flat major

In the second of today's Proms the dark majesty of Mozart's Requiem is explored by the youthful voices of the National Youth Choir of Scotland and a quartet of exceptional vocal soloists. The BBC Scottish Symphony Orchestra and chief conductor Donald Runnicles begin their concert with a London Premiere, The Sun Dances by Scottish composer John McLeod, and continue with Beethoven's essay in abstract drama, his Fourth Symphony.

This Prom will be repeated on Thursday 7th August at 2pm.