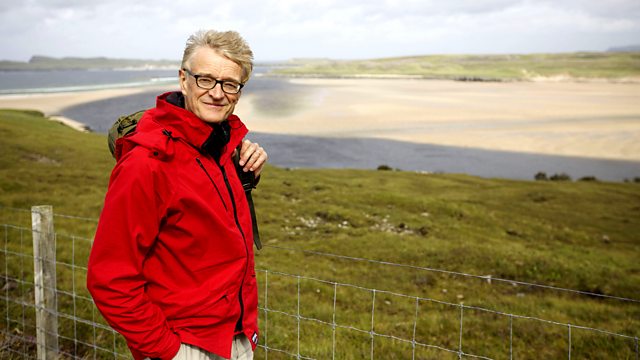 The team explores the treasures to be found on secret paths around British shores. Nick Crane visits the stunning Cape Wrath.

The team explores the treasures to be found on surprising, secret paths around British shores. Britain's last great wilderness, the stunning Cape Wrath, is the stomping ground for Nick Crane. He discovers where wolves once trod and where a notorious hermit made his home. Nick also learns how Cape Wrath was once home to Britain's smallest school and why this wild landscape had to be abandoned.

Ruth Goodman reveals the bizarre Victorian craze for collecting ferns. It drove genteel women to extraordinary lengths in search of the much-prized botanic treasures found on perilous paths along the sea cliffs of Devon.

On the tiny island of Lundy in the Bristol Channel, Mark Horton unearths remarkable historical treasures stretching from the Stone Age to the Second World War to create a coastal walk that encompasses 10,000 years of the history of Britain in just ten miles.

The steel track of Blackpool's Big One rollercoaster intrigues physicist Helen Arney. She investigates the crafty tricks of science that were used to create a path engineered for both pleasure and terror.

On Anglesey, Andy Torbet attempts one of the most spectacular sea cliff climbs in Britain. The infamous Dream of White Horses route wasn't mastered until 1968. Andy explores how the cliff was conquered and recreates the story of a classic photograph of the original pioneers, which made climbers the world over treasure this rocky and sea-lashed route.

See all clips from Secret Paths to Hidden Treasures (4)