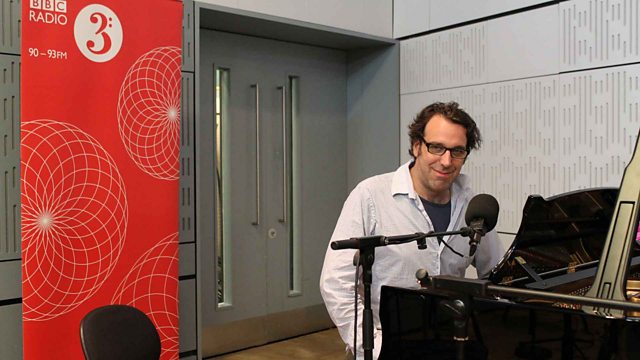 Sean Rafferty and guests with a lively mix of music, chat and arts news. Guests include renowned violinist Daniel Hope playing live in the studio ahead of his appearance at the Bristol Proms; Canadian pianist, producer and rapper Chilly Gonzales performing live and discussing his new book and CD of 'Re-Introduction Etudes'; and folk band Effra join Sean in the studio as they look forward to Cambridge Folk Festival.

Plus, in the run-up to a special In Tune from Glasgow on Friday, the third in a week-long series of Poetry Postcards: poets from competing nations sending poems to Glasgow for the Commonwealth Games this summer.

Today, a card from Montserrat: Sir Howard Fergus reads his poem, Show Time, about the volcano in Montserrat's Soufrière Hills.