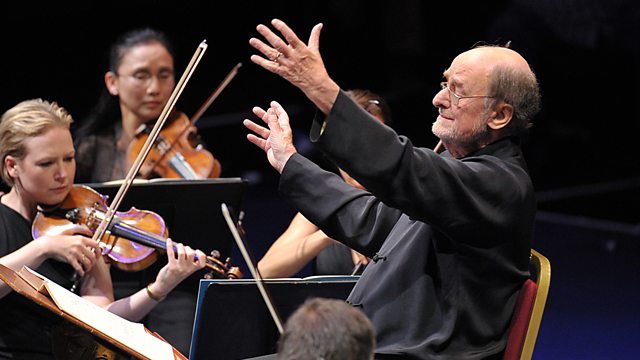 Live from the Royal Albert Hall in London, tenor James Gilchrist joins the Zurich Chamber Orchestra under Roger Norrington in a performance of Part 1 of Bach's St John Passion.

In the first of two Proms appearances, leading Bach interpreter Sir Roger Norrington - celebrating his 80th birthday this year - directs his Zurich Chamber Orchestra in the St John Passion (bookended later this season by Peter Sellars's staging of the St Matthew Passion, conducted by Sir Simon Rattle) - a work noted for its dramatic sweep and emotional immediacy in the recounting of events leading to the crucifixion of Christ. It is realised here by a cast led by tenor James Gilchrist, a distinguished Evangelist of his generation.

This Prom will be repeated on Monday 28th July at 2pm.