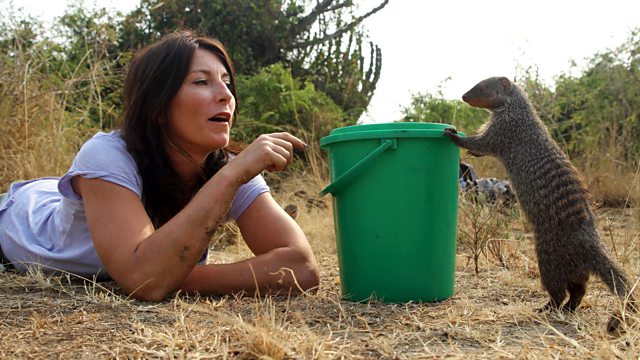 Talk to the Animals
Episode 1 of 2

Documentary. Lucy Cooke is a zoologist and animal explorer on a worldwide quest to crack the animal code. Lucy finds out how animals communicate in their own social groups.

Lucy Cooke is a zoologist and animal explorer on a worldwide quest to crack the animal code. Lucy meets up with the scientists across the planet who are breaking new ground in the study of animal communication. In programme one Lucy finds out how animals communicate in their own social groups and looks at one-on-one communication with creatures that are looking for the perfect mate.

First stop for Lucy is Uganda in East Africa, where she meets a clan of banded mongooses and quickly learns just how chatty and social these little animals are. Lucy learns that there is a lot of information contained in one tiny mongoose squeak - not only do they issue each other with instructions, they constantly update each other on who they are and what they're doing. It's social networking, mongoose-style.

Next, Lucy meets a pod of hippos and listens in on their underwater chat. By playing a recording of a stranger hippo across the Nile she encourages submerged hippos to come up and say hello. Staying in Africa, Lucy joins a groundbreaking research project studying chimp communication, treks through the rainforest and observes groups of chimps to see first-hand how important body language is to their interaction.

Lucy then swaps Africa for a meadow in Massachusetts where she sees how North American fireflies attract their mates using the language of light. In a Panama swamp Lucy meets the tungara frog and discovers how female frogs match the voice they fancy to the right frog. Last but not least, Lucy is introduced to a jumping spider who performs a courtship dance just for her. She listens in to his secret love song and learns just how important seismic communication is to tiny animals.

See all episodes from Talk to the Animals 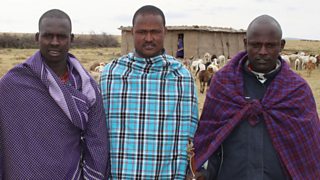 Find out more about the experts and the animals they talk to!

Lucy's blog post: “I had to hide in the van with a net on my head between shots”

Read the BBC Love TV Blog for some awkward, and profound, moments from filming.