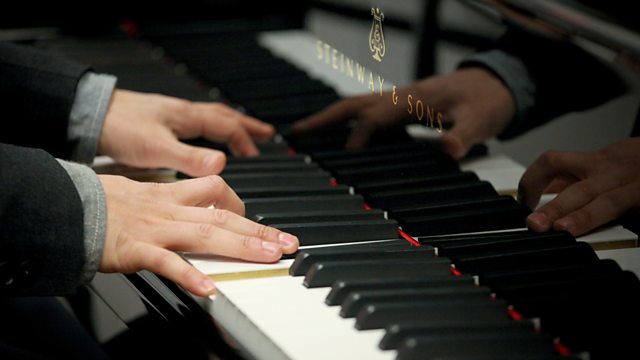 Sean Rafferty introduces the final programme in this series of four piano recitals recorded in Dublin and Belfast. Today's concert was recorded at The Pavilion Theatre, Dun Laoghaire, Co. Dublin. Irish pianist, Finghin Collins performs Schumann's Faschingsschwank aus Wien "Phantasiebilder" Op 26, which translates as 'Carnival Scenes from Vienna'. The US composer, Jane O'Leary has been resident in Ireland since 1972, her Five Bagatelles are a a collection of short pieces inspired by Beethoven's own collections of short piano works. Chopin composed the Four Mazurkas Op. 17 in 1832-33, during his first years in Paris. He loved the Polish dance and across the span of his short life he wrote about sixty of mazurkas.