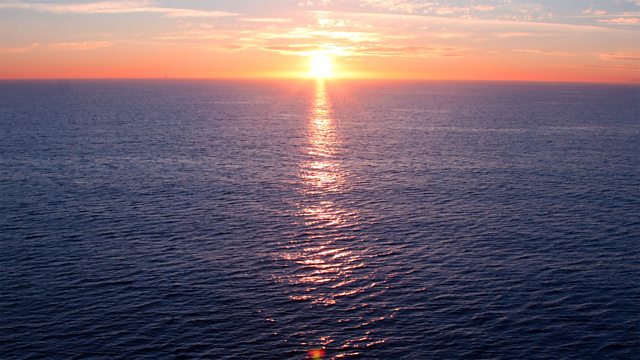 Into the Abyss
Episode 2 of 2

The deep ocean contains an extraordinary oasis of life forms, found nowhere else on the planet. Those same habitats are rich in valuable minerals. Could we and should we mine them?

The deep ocean contains extraordinary ecosystems, full of life forms found nowhere else on the planet. Some of those same habitats are unusually rich in valuable minerals. Could we and should we mine them?

Hydrothermal vent systems are one of the deep ocean habitats which have gained the interest of mining concerns. Volcanically-heated water gushes from the sea floor. The chemically-charged water sustains unique ecosystems, the like of which aren't seen anywhere else on Earth. There are gigantic worms and clams which are nourished by bacteria within their tissues - the bacteria themselves are fuelled by chemicals in the water, in the way plants on the surface use light. There are vast swarms of blind, heat-guided shrimps.

The superheated waters are also rich in metals such as copper, silver and gold which crystallise when the hot water meets the cold ocean. Great chimneys of metallic ores and rock form in this process. The concentration of metals is typically much higher than those of terrestrial ore deposits. Mining companies are keen to exploit them if the costs of extracting them from deep beneath the waves are favourable. Given growing demand from an increasingly industrialised world, the corporations believe the profits are set to outweigh the costs. Underwater robotic bulldozers and monster sized vacuum cleaners are ready for their first deployments and operations.

Many marine biologists view these prospects with alarm. The impact of mining on hydrothermal vents and other mineral-rich deep sea habitats will destroy life in the immediate extraction areas and may cause unknown kinds and scales of damage down current and distant from mining areas. The pace of life and its rate of recovery is notoriously slow in the deep ocean. Biodiversity in this realm has barely been documented and studied.

Should we be damaging tracts of the ocean bed before we know what's there and what the wider consequences will be? On the other hand, might industrial mining deep under water be preferable environmentally and socially to mining on land where there are people as well as animals?

See all episodes from Into the Abyss