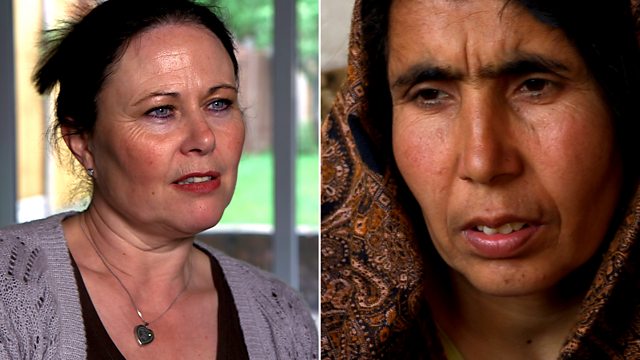 The War Widows of Afghanistan

As the deadline for NATO troop withdrawal from Afghanistan approaches, Zarghuna Kargar hears the stories of two British and two Afghan women, widowed by the 13-year war.

Lisa and Jacqui live in Britain, Tajbibe and Marzia live in Afghanistan. Their lives are very different but they have one thing in common - they were all widowed by the same war.

Their husbands were among the estimated 13000 Afghan soldiers and 453 British soldiers who have died in the war against the Taliban, which began in 2001 and which draws to an official close with the withdrawal of NATO troops from Afghanistan this year.

Zarghuna Kargar hears how the lives of all four women changed the moment they received the news of their husbands' sudden deaths, how they have coped in the aftermath and what they feel about war today.