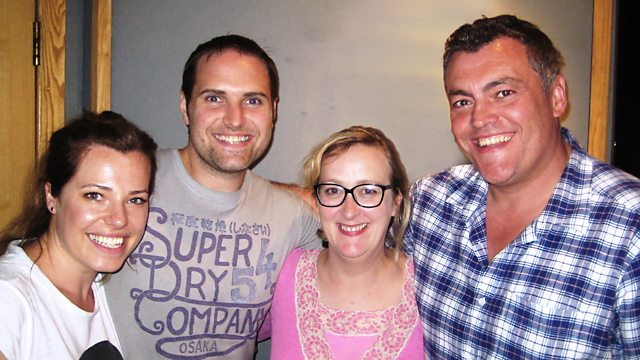 After a successful pilot last year, Lewis Macleod returns with another episode of Wired News this time taking a satirical look at the build up to the Commonwealth Games. Lewis will be playing a heightened version of himself as the host of our mock news drivetime show 'Wired News'. He and his team of reporters pull no punches in their efforts to seek the truth (or the latest unsubstantiated gossip on Twitter, whatever comes first.)

The show will focus its satirical attention on the reporting and preparation for the upcoming Commonwealth Games, with ticketing issues and ill-fated proposals to blow up buildings as part of the opening ceremony will be among some of the stories they’ll be taking a satirical swipe at.
Guest stars Gabriel Quigley, John Dredge, Scarlett Mack and Gerry Maclaughlin.

The Producer was Gus Beattie