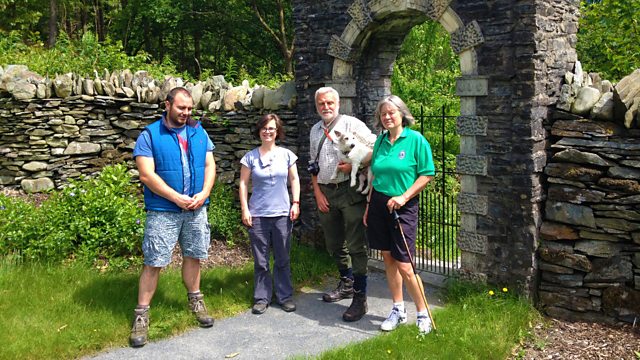 Once, the Hafod estate near Aberystwyth was one of Wales' most popular attractions, but that was 200 years ago. Felicity Evans finds out how it fell into disrepair and off the map.

Once, the Hafod estate near Aberystwyth was one of Wales' most popular attractions, but that was 200 years ago. Then the grand stately home burnt down, and by 1950 the landscaped grounds (inspired by visions of classical Italy - unlikely as that might sound, given the extremely high annual rainfall in mid-Wales!) had fallen into disrepair, off the map, and out of the guidebooks. That's when the Forestry Commission bought the estate and planted it with conifers.

As Felicity Evans finds out, in recent years there's been an ongoing programme to restore the fine paths through the estate's wooded hills, and preserve the ancient parkland trees that still remain. This makes it a fascinating place to visit.

She's shown around by estate manager, David Newnham, landscape historian Jennie Macve (who's written a history of Hafod, and its remarkable founder, Thomas Johnes) and the botanist Ray Wood. Felicity also visits the nearby Llywernog Silver Lead Mine to meet Peter Lloyd Harvey who shows her how this mine reveals a very different attitude to landscape in the early Victorian period: it was far from being a tourist attraction for visiting gentry.

Rural Murals in Dumfries and Galloway