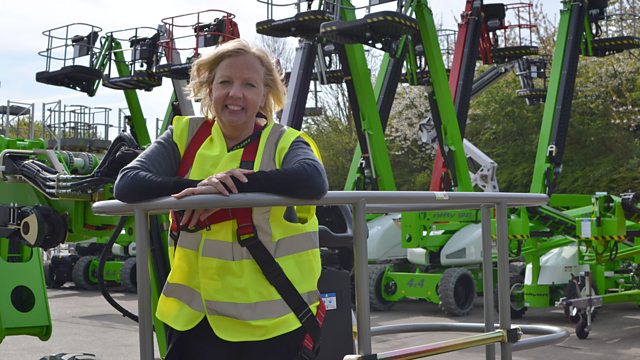 Doing It the Milton Keynes Way

Why has Milton Keynes been named the best town in the UK to start a business? Deborah Meaden meets the town's entrepreneurs to discover the secrets of their success.

Milton Keynes is gaining a reputation for something other than its roundabouts and concrete cows. The much maligned new-town is now leading the way in the economic recovery and topping the league tables as the UK's most business-friendly town.

MK, as it's affectionately known by its residents, has many of the key ingredients when it comes to attracting business investment. It has good connections to London and the rest of the country, plenty of factory and office space, an abundance of skilled graduates on its doorstop and house prices well below the national average, as building has kept up with the town's booming population. All this has helped Milton Keynes build one of the strongest city economies in the UK, boasting the 4th highest business start-up rate and the 3rd highest output per worker out of 64 cities.

Deborah Meaden, the fearsome business brain of TV's 'Dragon's Den', travels to Milton Keynes to visit different businesses and find out if there is a secret ingredient beyond the issues of location and education. Local entrepreneurs talk about the 'Milton Keynes can-do attitude'. They say part of the reason MK has thrived is due to their drive to push their businesses forward and work together. Deborah discusses the nature of the unique MK mind-set with three small business owners to pin down exactly what it is.

But there is a question over whether Milton Keynes is going to inspire its next generation - just in the same way today's business leaders were galvanised by the town's planners or 'founding fathers', who cemented a pioneering spirit into its culture. Two young entrepreneurs tell Deborah that although MK is a great place to start up, it needs to make sure it attracts more innovative hi-tech companies and independent shops and businesses in order to maintain its success into the future.

So what can other cities learn from Milton Keynes? Chief executive of the think tank Centre For Cities, Alexandra Jones, shares her thoughts on which parts of MK's success can be replicated in other parts of the UK, especially in the cities of northern England where economic growth is desperately needed. Should more cities be doing it the Milton Keynes way?