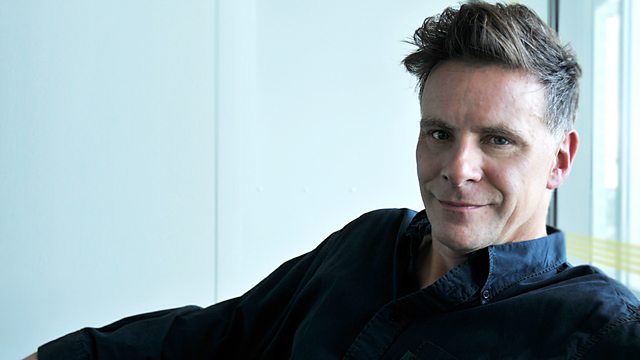 Ricky Ross sits in for Janice Forsyth and chats to Phill Jupitus about camping out at the National Gallery of Scotland, plus singer Lauren Holt, aka Law, is live in session.

Comedian, poet and artist, Phill Jupitus talks about camping out at the National Gallery of Scotland and sketching some iconic artworks as part of just one his Fringe appearances this year.

A celebration of Glasgow, its river and its people comes in the form of a 150-strong cast performing as part of Barrowland Ballet's large-scale spectacle The River. Choreographer Natasha Gilmore tells Ricky more.

Singer Lauren Holt, aka LAW, shares a record label with recent Scottish Album of the Year Award winners, Young Fathers. Her talent has got those in the know very excited, so she'll be showcasing her sensational smoky vocals in a live session for our listeners.

"What Ends" is the debut novel by London based Scottish writer Andrew Ladd about the lives of a Hebridean family as the population of their island home dwindles and the family business struggles to survive. Andrew chats to Ricky about nostalgia for Scotland and his imaginary island.

The Lyceum Youth Theatre celebrates its 15th birthday by marking the 100th anniversary of WW1 with two performances of Oh What a Lovely War. We talk to Director Christie O Carroll and cast members Catriona Johnston and Dougal Murray.