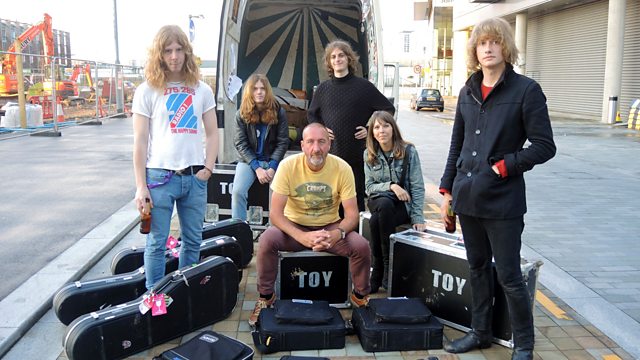 Toy take a night off from their hefty touring schedule to play a session for Marc.

TOY are in session for Marc tonight, taking a night off from their hefty touring schedule. Made up of Tom Dougall, Dominic O'Dair, Alejandra Diez, Maxim Barron and Charlie Salvidge, the London group released their 2nd album Join The Dots only a year after their 2012 self-titled debut, both on Heavenly.

They haven't slowed down though, with a new 12" single 'As We Turn released last week, so no doubt they'll have plenty in store for Marc before heading back out on the road. Let's just hope they brought their noise making toys.