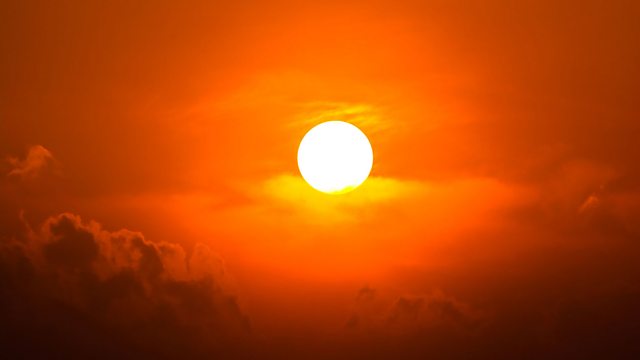 Melvyn Bragg and his guests discuss the science of the sun, source of all our energy.

Melvyn Bragg and his guests discuss the Sun. The object that gives the Earth its light and heat is a massive ball of gas and plasma 93 million miles away. Thanks to the nuclear fusion reactions taking place at its core, the Sun has been shining for four and a half billion years. Its structure, and the processes that keep it burning, have fascinated astronomers for centuries. After the invention of the telescope it became apparent that the Sun is not a placid, steadily shining body but is subject to periodic changes in its appearance and eruptions of dramatic violence, some of which can affect us here on Earth. Recent space missions have revealed fascinating new insights into our nearest star.

Yvonne Elsworth
Poynting Professor of Physics at the University of Birmingham

Yvonne Elsworth at the University of Birmingham

William Chaplin, Music of the Sun: The Story of Helioseismology (Oneworld Publications, 2006)

Stuart Clark, The Sun Kings: The Unexpected Tragedy of Richard Carrington and the Tale of How Modern Astronomy Began (Princeton University Press, 2009)

Arcs of plasma rising from a sunspot on the Sun’s surface, as photographed by the Hinode space probe.