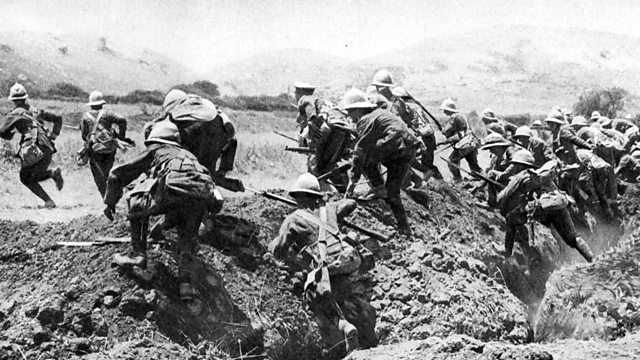 The British press is concerned about the effect of film cameras on daily life.

Margaret Macmillan chronicles the events leading up to the First World War. Each episode draws together newspaper accounts, diplomatic correspondence and private journals from the same day exactly one hundred years ago, giving a picture of the world in 1914 as it was experienced at the time.

The series tracks the development of the European crisis day by day, from the assassination of Archduke Franz Ferdinand through to the first week of the conflict. As well as the war, it gives an insight into the wider context of the world in 1914 including the threat of civil war in Ireland, the sensational trial of Madame Caillaux in France and the suffragettes' increasingly violent campaign for votes for women.

9th July: The British press is concerned about the effect of film cameras on daily life.

Margaret Macmillan is professor of international history at Oxford University.

Producer: Russell Finch
A Something' Else production for BBC Radio 4.