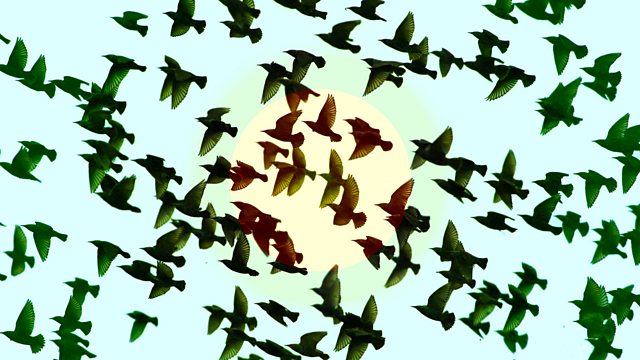 The Warmth of Other Suns

John McCarthy explores the various motivations for human migration and considers what emotional impact it can have on both the individual and the societies that absorb them.

In birds and animals, the great migration is a natural and often profoundly moving spectacle - tens of thousands of wildebeest moving across the plains of Africa in search of water, or the 4000 mile annual journey of the snow goose from their warm wintering to their summer breeding grounds.

In human terms, migration brings the chance for a new start, the prospect of wealth and a better way of life - but is frequently associated with pain, persecution and prejudice. The upheaval can bring distress, but also opportunity and the lure of what the poet Richard Wright described as "the warmth of other suns".

From the mournful lyricism of Psalm 137 ("By the rivers of Babylon we sat and wept") which describes the yearning sorrow and anger of the exiled Jews after the Babylonian conquest of Jerusalem, to Dvorak's New World Symphony inspired by the Czech composer's encounter with America, John McCarthy considers the way writers, poets and musicians have captured both the human and emotional impact of migration.

He also hears the stories of child migrants who were sent from Britain to Australia in the 1950s and 60s, promised a sun-kissed land in which they could ride horses and pick peaches from the trees, but who found themselves unwanted, ostracised and abandoned.