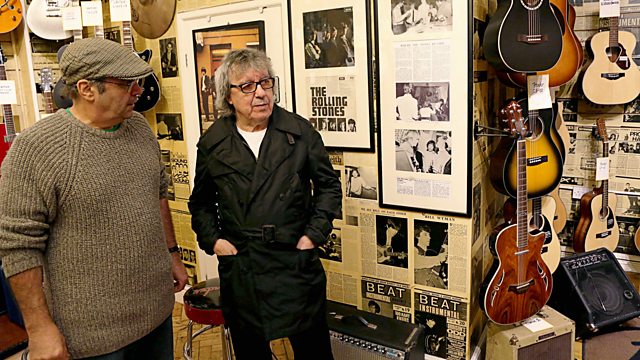 Danny Baker offers a colourful guide to Denmark Street's pivotal role in guitar music history, in the company of many well known names.

Danny Baker offers a colourful guide to the pivotal role Denmark Street aka Tin Pan Alley has played in guitar music history - from the advent of rock 'n' roll in the 50s through to present day.

Behind almost every door in this iconic London street, Danny discovers an amazing story - as told by the many well-known musicians he bumps into on his journey including former Rolling Stone Bill Wyman and ex-Sex Pistol Glen Matlock who take us on unique tours of their old haunts.

One-time Denmark Street regular, Donovan, also performs his specially written track 'Tin Pan Alley' on the site of a former hangout and recounts tales of one David Jones often sleeping in his tour van parked in the street overnight, before becoming better known as David Bowie.

Plus 50s/60s rock 'n' roll star Marty Wilde tells how he bought the first ever Les Paul Gold Top guitar to surface in Britain - after a certain American music legend put it up for sale in one of the road's music shops. Meanwhile, one of today's guitar supremos, Suede's Bernard Butler, shares his love affair with the street and how it has played a key part in his own career.

Along the way, Danny uncovers fascinating Denmark Street connections with many more guitar legends such as Led Zeppelin's Jimmy Page, Eric Clapton, George Harrison and The Who's Pete Townshend.

He also discovers how today's musicians such as Mumford and Sons, Katie Melua and The Libertines are helping keep the street's musical legacy alive.

Anatomy of a Guitar 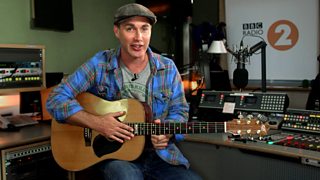 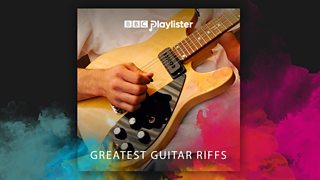 Listen to our Greatest Guitar Riffs list on Spotify.