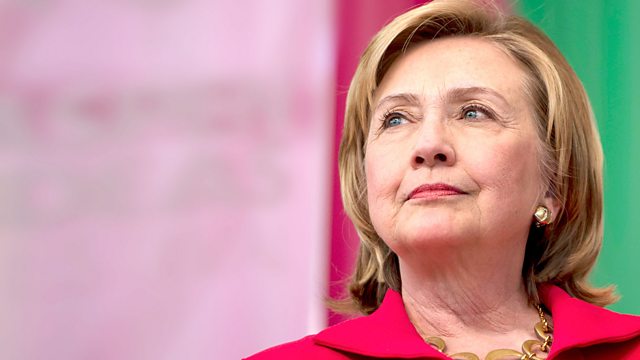 Woman's Hour highlights. Hillary Clinton talks about her memoir. The impact of the successful prosecution of Rolf Harris. And how to protect the kids when you divorce or separate.

Hillary Clinton lost the race to be democratic candidate in the 2008 American Presidential Election. It had been a bruising battle with Barack Obama, and she surprised many by accepting his offer of a job as US Secretary of State. For four years she travelled to 112 countries covering nearly a million miles. She talks about her memoir Hard Choices, covering those four years.

Rolf Harris was jailed on Friday. He's the highest profile celebrity to be convicted for indecent assault since Operation Yewtree was set-up. Has anything changed? What is the impact of these cases for women and children, and those who experience abuse?

By the age of 16, 44 per cent of all children in the UK do not live with both of their birth parents. Almost all divorces and separations are tough, some are very difficult indeed, and all will have a lasting impact on the children involved. Listeners shared their experiences with psychologist Penelope Leach and Penny Mansfield, Director of the couples and families charity One Plus One.

And Glastonbury has kicked-off a summer of festivals - so what does the stylish fan wear, whatever the weather?