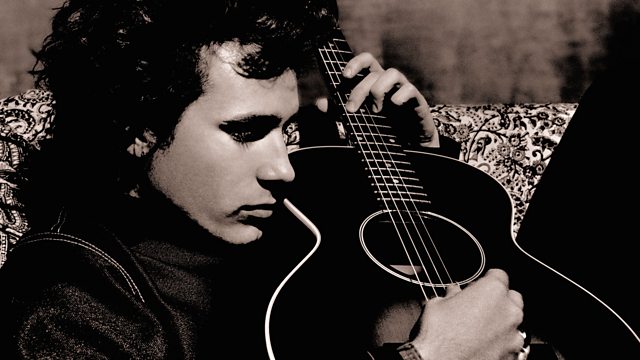 The Grace of Jeff Buckley

Since his desperately early death in May 1997, there's been an inevitable mythologising about the life and music of Jeff Buckley.

Perhaps it's not surprising that in the posthumous rush to acknowledge his genius, memories have been clouded or, retrospectively, given a silver lining.

The quiet, uncertain foundations of his reputation were laid on a solo tour of Europe three years earlier, in March 1994 - and, in particular, during one day. On the 18th March, Buckley was scheduled for a photo shoot (with Kevin Westenberg), an appearance on BBC GLR and his first proper London concert, at a folk club called Bunjies.

Those who were there speak for the first time about the man and his music: Buckley's American manager Dave Lory, record company owner Steve Abbott, booking agent Emma Banks and photographer Kevin Westenberg share intimate memories that have so far not featured in the Buckley biography.

Also including rare archive: the BBC GLR radio session that has not been heard since that live broadcast in 1994 - including an astonishing version of 'Grace' - and, exclusively, a private interview that Buckley recorded on the eve of this tour but decided not to release.

Together, these glimpses offer a portrait of a young man whose voice and musicianship, as well as his irresistible charisma and the trauma of his early death, touched millions.

"This programme centres on a short trip that Jeff Buckley made to the UK in 1994. We hear stories of a tender but troubled soul, with shadowy unresolved issues from childhood haunting him, from his manager, agent, photographer and driver. We also get a taste of his first BBC session for the local London station GLR, which he kicks out in a rage. It gives us a measure of just how gifted he really was, and what a tragedy it was to lose him in the Mississippi River aged just 30."